One of the things that every mobile mechanic Perth doesn’t really relish doing is replacing an expensive part. They would prefer not to do it. However, sometimes it’s the only way to get a car back on the road.

One of the issues with part replacement is that they can be expensive. In fact, some car parts are so expensive that most mechanics can’t actually keep spares on them.

We’re listing down the parts that have been found the priciest to replace in a car.

One thing that’s just plain expensive to replace no matter what? The car cylinder. This is partly because if the cylinder is busted, that’s a sign that you’ve neglected your car for a long time. It shouldn’t need replacing if you’re getting regular maintenance.

Hybrids are already expensive. The parts aren’t readily available, so if you need to replace a part, it’s not cheap. Usually, they can’t even be done on the fly. You need to wait for the new part to be shipped in. 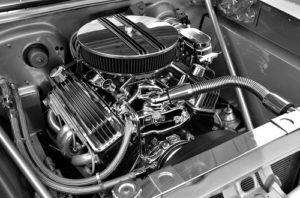 A lithium-ion battery on an electric car is hell to replace for any mechanic. The simple fact is that the battery isn’t readily available, so replacing it costs an arm and a leg. The plus side is that they are very reliable, so you’re not likely to need one replaced under normal circumstances.

Another bonus is that Tesla has warranties that can get you a free replacement.

The transmission can also get up there, in terms of price replacement.

This is an integral part of the overall machine that is your car. It’s also one that will bleed you dry, whether as a replacement or even an ordinary repair. Transmission fluid is often the cause, as people forget to have it changed regularly.

You can also wear down the transmission by using hard gear changes with the clutch. It’s the sort of thing that can grind it down faster than normal.

An air conditioner compressor needing replacement can also run up the bills with the price of the part.

If you need to replace the whole engine block, you’re in for some issues.

First, this is something a mobile mechanic is ill-equipped to handle. It’s something that you will need to go to a shop for, unfortunately. Replacing the entire engine is also an expensive, time-consuming endeavour. At this point, it might be better to buy a new car entirely.