COMPUTERS, MOBILE MECHANICS, AND THE FUTURE

Technology is always moving forward. It’s the most apparent in computers and gadgetry, but it’s also present in things like cars. Mobile mechanics are soon going to reach a point where they need to know just as much about computers as they do about cars.

Consider this, for a moment. Autonomous cars are coming. Self-driving cars are being designed and developed. They’re not there yet, but they’re getting better and better.

Even if we don’t have something capable of driving itself yet, there’s still a lot of “smart” components in the average car. From GPS to Bluetooth connections to systems designed to force the car to a halt when something is in the way, these are all smart elements.

The Future of Cars

Reports suggest that the automotive industry is starting to change. It’s undergoing a revolution, some believe. 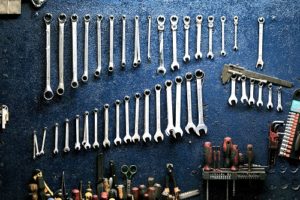 The old days of just being a gearhead or motorhead are over. Wrench jockeys that acquired all their skills through tinkering and grease are slowly going to be driven out. The reason for this is that computers are becoming more and more prominent in their design and construction.

More and more, vehicles are basically computers on wheels. People are just there to fill in the blanks. This means that unless there’s a mechanical issue that needs fixing, the mechanic is going to need to know how to work the computer system.

A majority of enthusiasts these days learned without formal training. They pick up their knowledge by making mistakes on their car or someone else’s. As technology becomes more prominent, that makes this more challenging.

Technology makes the cars harder to fix if you don’t know how to work the systems. In some cases, they also require access to specialized diagnostic tools. These tools are accessible only for those with official training.

What does this all mean?

In the short-term, it means more and more mechanics might need to be trained in the use of computers. Knowing your tools and the parts of the system aren’t enough. You now need to understand how they connect to the electronics.

In the long-term, this could be problematic. This might cause the traditional mechanic to begin to fade away, replaced by a mechanical and tech-savvy generation.

Much like the oncoming march of automation, training and knowledge are going to become a necessity. Awareness of the tech is going to become essential, and those who don’t adapt and learn will be left by the wayside.